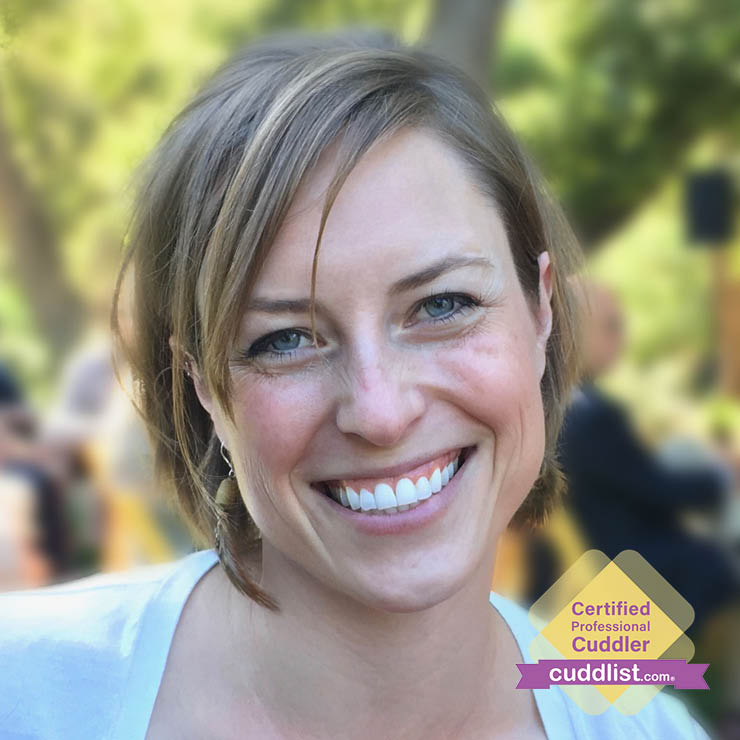 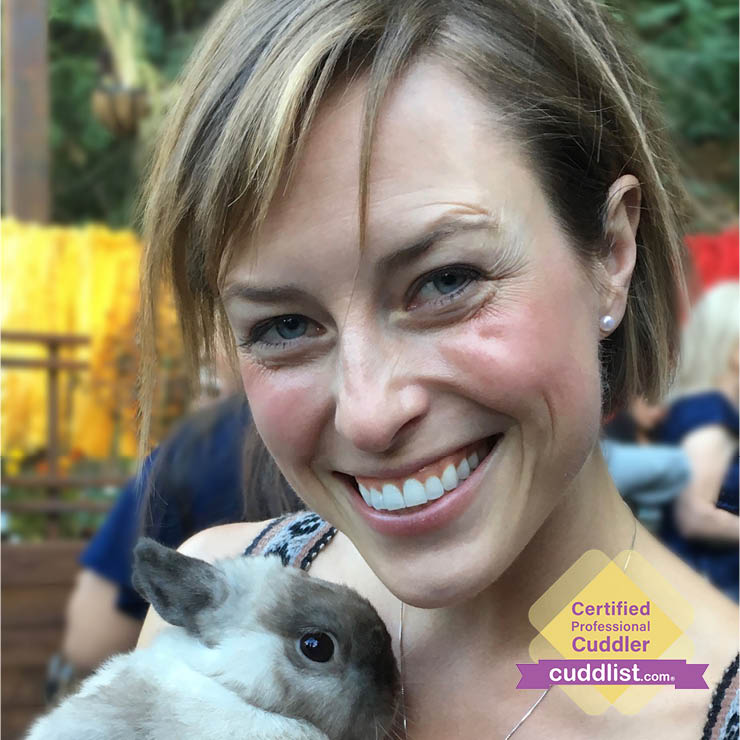 Want to cuddle with Kel?

By submitting a request, you acknowledge and agree to our Code of Conduct and Terms of Use.

As a clinical health psychologist and fellow mammal, I am enthusiastic about spreading the word on the power of physical touch to improve health, cognition, and emotional well-being. Professor Dacher Keltner describes touch as “our primary language of compassion… truly fundamental to human communication, bonding, and heath”.

Unfortunately, much of Western society – particularly in the United States – is touch phobic and touch deprived. One of the first documentations of this was made by the pioneering psychologist Sidney Jourard, who observed pairs of friends as they interacted in cafés across the globe. In Puerto Rico, the average duo touched each other 180 times per hour; in France, the average number was 110; in the United States, this number fell dramatically to 2.

The health benefits of physical touch to infants has been well-established, such that pediatricians now regularly prescribe “kangaroo care” between parent and newborn. A recent systematic review and meta-analysis of 21 studies including data from over 3,000 low birthweight infants found that infants randomly assigned to receive kangaroo care had improved weight gain and significantly reduced risk of infection, hypothermia, and mortality compared to infants that received conventional neonatal care.

Experimental research with mice and observations of human infants in orphanages speak to the incredible power of touch to strengthen the body’s immune system and increase resilience to stress. A study using functional magnetic resonance imaging provides evidence that physical touch can dampen the neural stress response in healthy adults as well.

I have a Ph.D. in Clinical Science and currently conduct research on mind-body therapies at UCLA. As such, I am well-versed in additional, non-touch methods of releasing oxytocin and GABA including singing, breath work, meditation, and mindful movement (e.g., yoga).

*Please note that I am not licensed as a clinical psychologist and am unable to provide psychotherapy. What I can provide is psychoeducation, support, compassion, judgment-free listening, and human touch.

I look forward to meeting you!

I offer both “in” and “out” calls, meaning that you can come to my private location in San Francisco or I can come to you! Local travel within 10 miles of 94131 is included at no additional cost. A $5/mile travel fee is requested for locations outside this radius.

I bring a weighted blanket, essential oils, and a bluetooth speaker to play my Spotify account (artist requests welcomed!). Prior to scheduling I invite you to engage in a brief (<5 mins), risk-free, cost-free getting-to-know you phone call to learn of your goals and preferences for the session.

Request a session for availability.