Consent: Why it’s important for everyone to learn it 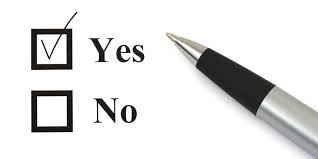 I was 5 years old when the teenage son of a family friend caught me alone and took advantage of me. This went on for a while before he had an epiphany that this wasn’t fun for the 5 year old that he was rubbing his member into, and suddenly I was free from the horror. I no longer had to cower in the corner trying to hide behind a counter so that he wouldn’t find me. It was over!

Oh, but wait. I was still a female growing up in a world where men are largely taught, sometimes outright and sometimes by example, that they can do anything they want when it comes to women. Fast forward to my 12 year old self standing at the store with my older sister as she attempts to flirt with a 20-something year old. Except that he can’t be bothered with a 16 year old. He’s busy eye-banging the ripe, untouched 12 year old standing beside her. I can still remember feeling exposed and violated and wanting to sink into the ground.

Ok… let’s try again. I’m 17. I’m about to graduate from high school with honors. I’m so excited for so many things. My step-dad’s friend comes to my bedroom door to congratulate me. “I wanted to give you this,” he says as he extends a $10 bill. Out of the blue, but that’s thoughtful. I say thank you and extend my hand to accept, only to find that he’s “offering” more than a 10. He grabs my hand, pulls me to him, and attempts to shove his tongue down my throat. This grown man whose toddler I regularly babysat cornered me in my room while my parents were distracted and attempted to force a make out session with a minor. What?!

Picture this: A woman is walking down the sidewalk, minding her business. A group of guys are crowded on the street, and she has to walk past them. As she maneuvers through the small crowd, someone takes the liberty to grab her backside. She spins around, full of fire, ready to let them have it… But that fire is quickly put out as she faces 5 or 6 guys staring at her with smirks on their faces as if this is a game. There’s no scenario in which this ends well. By the way, this is another of my teenage experiences, and I’m not alone.

I just turned 40, and the last 20 years of my life have had many more of these experiences. I remember squeezing my eyes shut and holding my balled up fist so close to my sides as if I could fold into myself and thinking, “It’s ok. He’ll stop touching me any minute, and it’ll be ok” before remembering that I didn’t have to be ok with this. However, I was still terrified because I knew from experience that many men didn’t care about what I was ok with or what I would or would not allow. It takes a lot of strength and courage to put the brakes on a lifetime of being treated like a sex toy.

Last year, I learned about Cuddlist and Cuddle Party.

Honestly, the entire thing blew my mind. Cuddlist and Cuddle Party offer a safe space to receive the positive, NON-SEXUAL touch that every human needs but with very clear boundaries and while actively practicing consent. Your Cuddlist or any of the others at a Cuddle Party will not as much as hold your hand or stroke your hair without first asking, “may I…?” and receiving your verbal consent, and you will do the same for them.

In Cuddle Party, we go through a few exercises where we practice not only giving consent but also saying no. I especially like the practicing to say no part and the instruction that if your answer is “I’m not sure”, “Maybe”, etc., then your answer is no. I love this part because we’re so often told to just go with it or made to feel like something is wrong with us because we’re trepidatous about giving ourselves over sexually to everyone who wants it.

When I go to Cuddle Party or to a Cuddlist, I know that I am not going to be expected or pressured to trade sex for affection when sex is not my interest. I know that the other people are practicing consent in this situation. I know that they will respect my “no” and that I’m not going to suddenly have to switch to protection mode because my partner is suddenly trying to feel me up or shove his hand into my pants.

I think it’s safe to say that the majority of this country was disgusted when Donald Trump said, “Grab ‘em by the p*ssy. You can do anything.” We were all disgusted when Weinstein blamed the culture of the 60s and 70s for his behavior. The truth is that many people HAVE been taught or shown that men CAN do anything in regard to women and sexual behavior. I mean, how many women have been visually assaulted by an unsolicited d*ck pic. Just as it was criminally inappropriate for Weinstein to pull out little Harvey and shake him around at unwilling actresses, it’s inappropriate for men to do so via texted pictures.

*I would like to pause to say that the above does not excuse Donnie John or Weinstein. I do, however, hope you realize that there are many more men with equal or less power who think this is acceptable.

We have to teach upcoming and current generations the value and importance of consent.

No one, male or female, has the right to another person’s body without first attaining that person’s un-coerced consent. Notice that I use the word “un-coerced”. Consent given out of fear of backlash or punishment is not consent.

Think you could provide touch to others?

Why not join our movement with over 100 cuddlists throughout the country, and make money while doing something you love.
Start you journey in becoming a Certified Professional Cuddler by clicking here